Aliens and the Perilous Paranormal 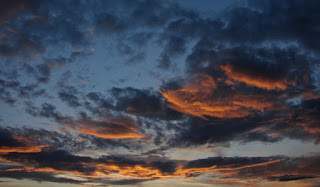 Photo by constantin jurcut from FreeImages

Recently there is increasing confusion about whether aliens could be visiting planet Earth. But there's no need for confusion about this topic.  Scripture is our guide to what's going on in the unseen universe and can give us important clues to the meaning of paranormal phenomenon that some people have been witnessing.

If we study all verses on any given topic we can get a better picture.  On this topic, the first thing we need to understand is that planet Earth is the only place in the universe where evil has entered. It originated in Heaven with Lucifer, (Ezekiel 28) after which he was cast to the Earth, together with the angels who rebelled with him (Revelation 12). Then Adam and Eve joined in his rebellion against God, bringing sin into this world which resulted in death (Genesis 3).

Because Earth is the only fallen world, any life or worlds beyond Earth would have to be unfallen, perfect worlds with beings that are in complete obedience and cooperation with God, similar to the angels. Thus, they would not have any ugly or weird looking creatures that look like sci-fi depictions of aliens.

Neither would they be sending scouts to planet Earth to fly around in space ships.  But what is the phenomenon that people are seeing, then, when they seem to have seen or encountered "aliens," then?

2 Thessalonians 2:9-10 makes the methods of an evil being clear, so that we don't need to be deceived; "the working of Satan (is) with all power and signs and lying wonders, and with all deceivableness of unrighteousness...).

In the beginning Satan took the form of a snake to deceive Eve, and he is said to be transformed into an angel of light at times as well (2 Corinthians 11:14). He and his demons disguise themselves in many forms and "lying wonders" to deceive people, including taking the form of ghosts, deceased loved ones, aliens, UFOs, etc.

The reason they do this is to get people fascinated with spooky, supernatural things so that they can gain access to unguarded souls. Demons are controlling and manipulative forces, just like abusive people, only much worse.

The spooky, skin-tingling feeling that people often get when thinking about ghosts or aliens is because it actually involves a demonic force that is trying to access your soul through fear.

The reason is because it's not really a person's spirit at all - it's actually a demon.

The spiritual fear you feel in thinking about those things is because there is a very real danger involved. That danger is that demons want to gain access to your mind and attempt to take over the control centers.

This is known as demon possession, which is a very well-documented phenomenon known to have been happening throughout millennia. Jesus cleansed many people of demonic possession during his ministry and set them free from the demons that were controlling them.

But all of this is why human beings should not have any part with celebrating fearful things like Halloween, watching horror movies or TV shows about ghosts or aliens. Those things put people on Satan's ground and invite him to become bolder in seeking to approach you.

As far as angels, true angels of God may occasionally be visible to people but more often it is demons posing as angels to try to fool people into thinking they are “good” spirits.

“…Satan himself is transformed into an angel of light.”  2 Corinthians 11:14

If someone you know or love is watching these things or involved with Halloween or occult things, or experiencing demonic harassment, you may consider sharing with them about the spiritual dangers that could be involved. But do not be too forceful or harsh about it because that often drives people to rebellion and they may be less likely to listen to what you have to say.

We should also be aware of any type of meditation that seeks to empty the mind or suggest you bypass the judgment centers, because that also opens the paths for demonic entrance into the mind. Many people have ended up with serious mental and emotional issues and even going insane after doing things like transcendentalism meditation for this reason.

There's no reason to fear demons, but we must not entertain, encourage or allow them to approach us. Ask God to give you courage and help you firmly resist and refuse the demons influence, in the strength of God.

Do not allow them to make you feel afraid. Even if they do not gain access to your mind, they try to do their work of imbalancing the human mind and degrading people through fear. They try to suggest ideas of self-doubt, discouragement, depression, hatred, frustration, suicide.

Satan truly hates us, he is not a friend and he is playing for keeps. He wants to destroy us, and he will do it if he gets a chance. It is not just harmless entertainment to be interested in spooky things, it's truly dangerous.

"Submit yourselves therefore to God. Resist the devil, and he will flee from you." James 4:7

Demons tremble and flee at rebuke in God's name. Put yourself on the winning side by asking Jesus to come into your heart instead of Satan. Jesus will suggest loving, uplifting things to your mind and help you overcome anxiety, depression, sadness and unhappy thoughts.  He is gentle and kind, instead of coercive and controlling.

By filling your mind with things that are good in what we read and watch, reading the Bible and by choosing to accept the positive suggestions that come to your mind from God instead of the negative, demoralizing suggestions that come from Satan. You will be cooperating with Jesus as he works to uplift you and make you happy and fill your heart with blessings.

For information about how we can know that God is real you may want to read Thin Blue Line, for how we can know the Bible is true Got Wisdom?, for some great Bible study tips Of Elephants and Bible Study. For more teachings as well as understanding the end times we live in, please see LEM home page, and may God bless you,